Endorphin or endomorphs are hormones produced in brain, which makes the feeling of natural happiness, bliss, euphoria, as well as calmness, peace and security. We can stimulate them with physical activities, being in love with other person, during and after sex, during kissing and cuddling, with thoughts about hope and faith, as well as during chocolate consumption.

Endorphin is called a hormone of happiness, natural analgesic against pain or relationship opium. That’s the reason most of people are going from one to another relationship so they can reach their perfect dose of endorphin and other hormones that produces a fantastic feeling of being in love.

It is proved that initial passion and infatuation can’t last more that three years and after that starts converting into love or it break ups.

Have that in concern in case you start convincing yourself that your partner has changed and nothing’s the same as it was at the begging. It’s not possible everything lasts forever except we are at the beginning of something all the time.

Do you want love or just a passion?

Endorphins affect maintenance of a pain repression. Sometimes, when it’s acceptable, it’s good to show the feelings of pain and anger because the constant emotional repression can bring us to a neurosis. Endorphins are discovered 20 years ago and represent the most exciting science revelation in this field.

Before the endorphin molecules got discovered, receptors of their own were detected. Scotland scientists Hans Kosterlic and John Hews had discovered brain opium receptors.

First unbelievable connection in the chain has been discovered: human body possesses a whole receptor cord that can hook up drugs like morphium.

Those receptors enable the effect on our body. Without them, drugs would just go trough our system with no harm.
That reveal practically meant that if human body is equipped with receptors whose role is to receive and connect the drugs such as morphium and then body has to produce it’s own internal substances like the morphium.

Indeed, the morphium and heroin have an effect just because their molecular structure imitates the molecular structure of those opiates that only human body can produce.
Therefor, the conclusion would be to create a natural feeling of bliss and euphoria, to do sports, dance with your favorite music, make love, love and believe in yourself. Endorphins are making you immune system stronger, acting antistressful but only in limits.

A long lasting stress can use a whole stock of endorphin, no matter how much we have already produced it. Our attitude towards stress is the most important because it’s up to our efforts how our life is going to look like, and it’s well known that all psychosomatic illness are the stress consequences.

Work on your problems, be active and live healthy. Enjoy in what you like, be spontaneous, open and create endorphins. 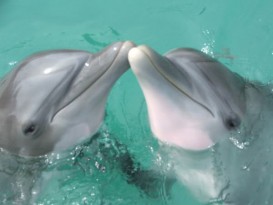